Guided Tours: the best of Marche at your complete disposal!

Choose the best and the beautiful of Marche!

In collaboration with the "Il Cerchio" Cooperative, we can offer you the following excursions, all with certified guide. These are people who really love their work and that makes a difference!

Ask us for information: we will contact Cristina and Massimo to organize a wonderful experience of wellness and beauty in the Marches.

URBINO, Capital of the Italian Renaissance was the city of Duke Federico da Montefeltro, one of the greatest leaders and humanists of his time. Federico da Montefeltro became Lord of Urbino and Montefeltro at the age of 22 years after the death of the brother-in-law Oddantonio, but he was already Lord of the State of Massa Trabaria, with the capital Sant'Angelo in Vado following the marriage with Gentile Brancaleoni. With him the culture became a lifestyle and the Ducal Palace of Urbino, described by Baldassar Castiglione "... .. a city-shaped palace ...", a crossroads of the greatest thinkers and artists. The Palace, "Italian Renaissance Cradle".

CAGLI, the ancient Cales, was an important Roman city that was part of the Byzantine Pentapoli, unfortunately during the invasions was destroyed and subsequently rebuilt on the Hill of the Vail.

In 1287 the city of Cagli was again destroyed by a fire set at the Palazzo Comunale by the Ghibelline faction supported by Trasmondo Brancaleoni of Roccaleonella but in 1289, by Pope Nicolò IV's will, the city was rebuilt ex novo and from the Banderuola hill fell on Pianoro, incorporated the pre-existing village and took the name of Sant'Angelo Papale.

Cagli, the free commune, gave the Palazzo Comunale to Federico da Montefeltro and from that moment on he followed the fate of the Duchy of Urbino until the year 1631 of devolution to the Pontifical State.

MERCATELLO SUL METAURO is a medieval medieval village where time has not completely affected its structure. Famous because it is the birthplace of a Doctor of the Church or Santa Veronica Giuliani. Inside the church of St. Francis of the thirteenth century it is possible to see the Eternal with the Tripartite Globe, the Crucifix of Pietro da Rimini and the portrait of Federico da Montefeltro (Lord of Urbino) with Ottaviano Ubaldini.

SANT'ANGELO IN VADO is one of the 100 most beautiful villages in Italy. Sant'Angelo in Vado is a land of knowledge and flavor that knowledge that has enabled a land so out of the classical tourist circuits and the fast communication routes to be a tourist destination because of its wealth of history, art and culture. Those knowledge that made the ancient Tifernum Mataurense, today Sant'Angelo in Vado, known as the Roman City Hall and as a capital during the medieval and Renaissance times of the State of Massa Trabaria. It is one of the richest cities in history, art and culture in the province of Pesaro and Urbino. Its history is related to important and powerful families such as Brancaleoni, Montefeltro and Della Rovere.

PIOBBICO, the origin of the name Piobbico dates back to Roman times, the term publicum mutes in plobicum to become plobic and finally Piobbico. The history of the village identifies itself with the Brancaleoni family. Around the year 1000 the territory was entrusted as a feud to this family that reigned for almost five centuries. The Castle, the suburb, the churches, the whole old part of the country, and the various villas and villages around, date back to this period, and then, following the abolition of feudalism, they are incorporated into the village of Piobbico. Since the beginning of the XII century Piobbico was the Lord of the Brancaleoni who came to dominate the whole Massa Trabaria. He first opposed the Albornoz, then to Pope Martino V, and became half of the 15th estate of the Montefeltro, and then followed the fate of the Urbino ducat. On December 21, 1827, by decree of Leo XII Piobbico becomes autonomous, and the coat of arms will be a naked arm that holds an oak.

URBANIA Destroyed by Montefeltro Castello delle Ripe renacque under the name of Casteldurante, was one of the most important cities for the production of pottery and majolica. Cipriano Piccolpasso wrote "The Three Books of the Potter's Art" .... In which it is not only the practice, but briefly all the secrets of it which even nowadays has always been kept hidden.

Casteldurante changed name once again and became the current Urbania. Francesco Maria II died, the town dressed in mourning, the lighting went out and the torches came on; Casteldurante like all the Duchy of Urbino and Massa Trabaria said goodbye to his Dukes and became part of the Pontifical State.

SAN LEO was the capital of Italy for the will of King Berengar II, the land of Malatesta and Montefeltro thanks to the sting that Federico da Montefeltro ordained with his Captain Grifoni of Sant'Angelo in Vado. Visiting St. Leo and the Fort is like taking a leap in the past; The Bembo called him "an improbable war instrument ...". It is famous because it was the prison where the alchemist, the taumaturgo, the magician, the incredible Giuseppe Balsamo, told Count of Cagliostro, "... a man outside of every time and place ...". After 4 years 4 months 4 days of imprisonment he died. 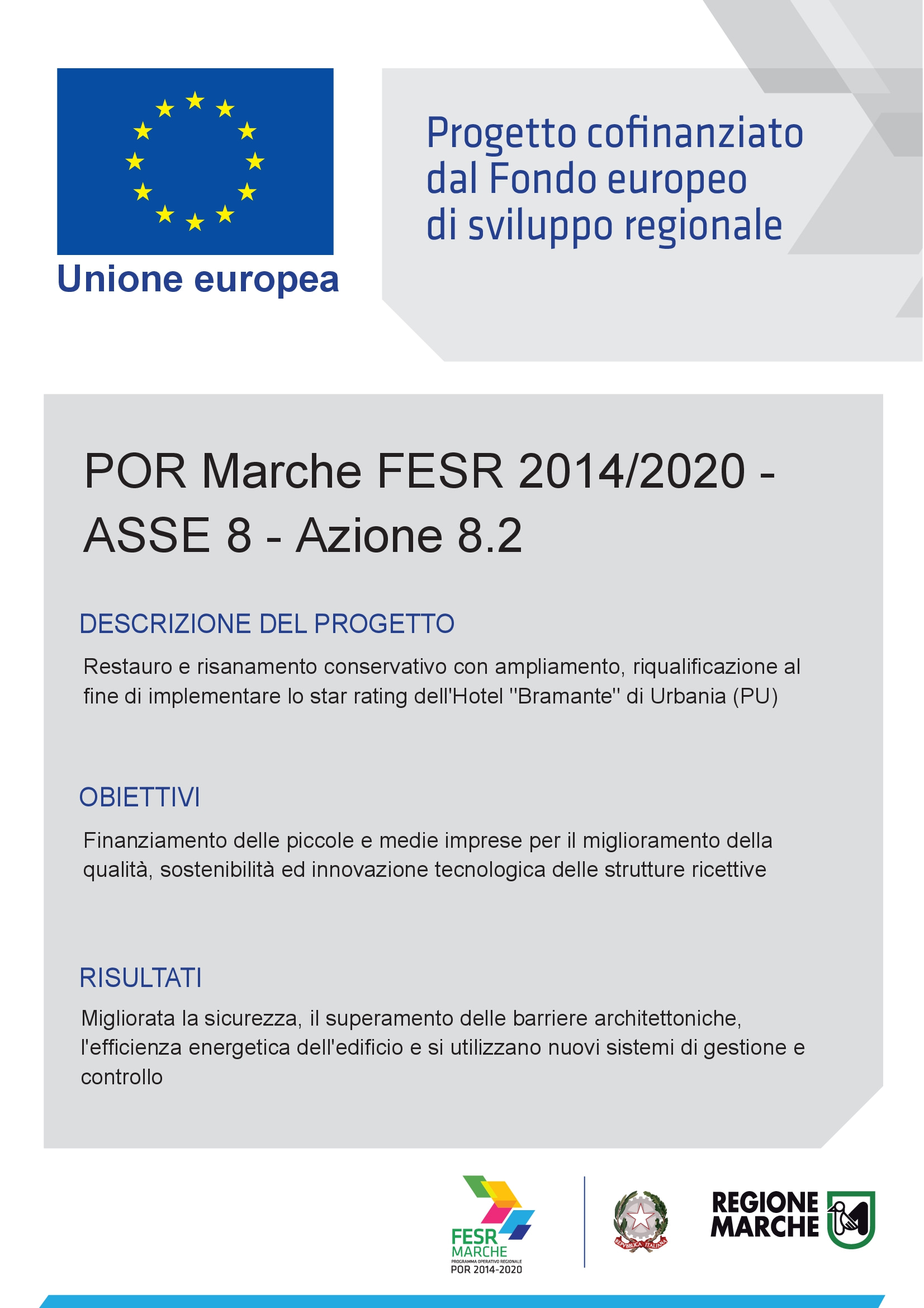 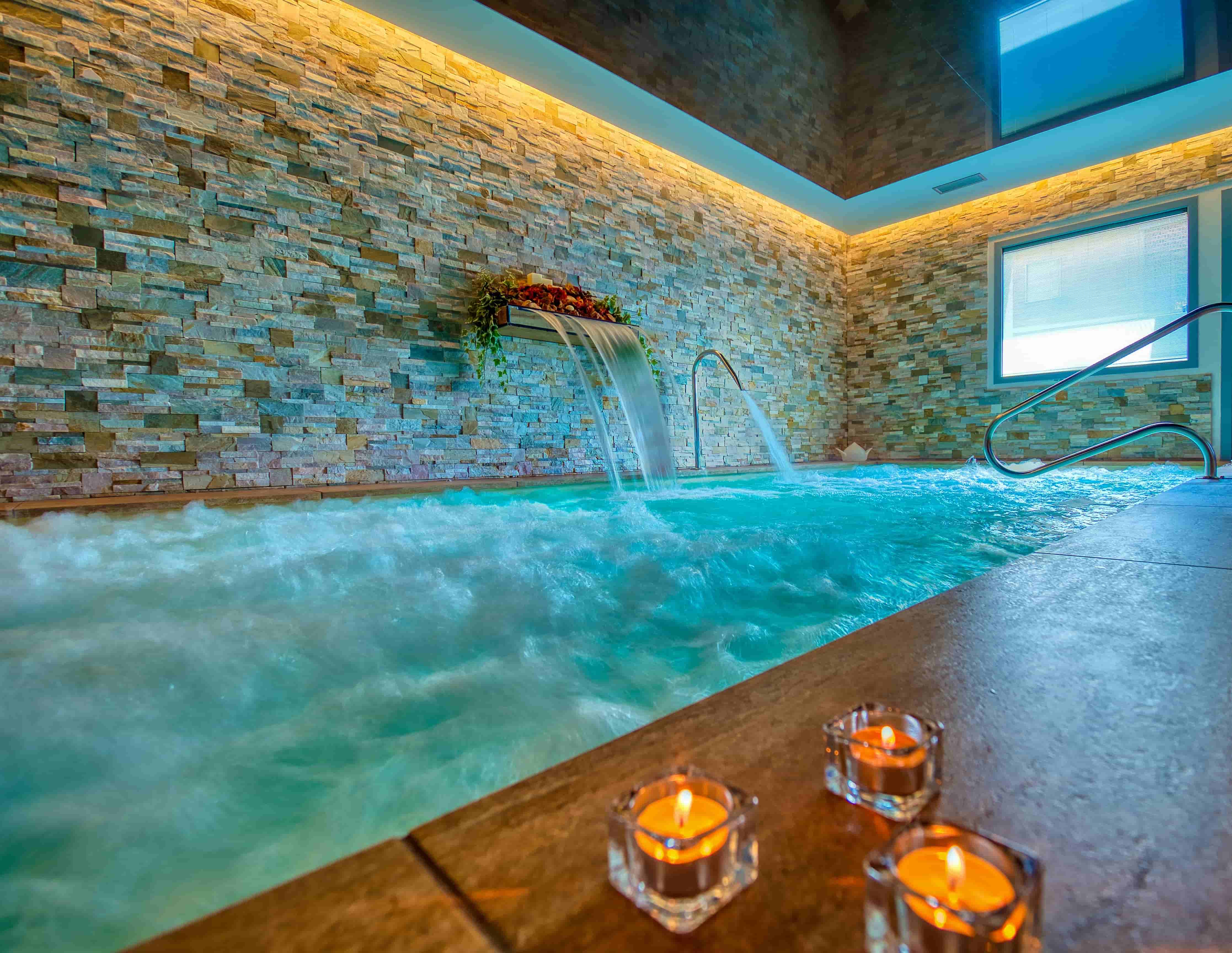 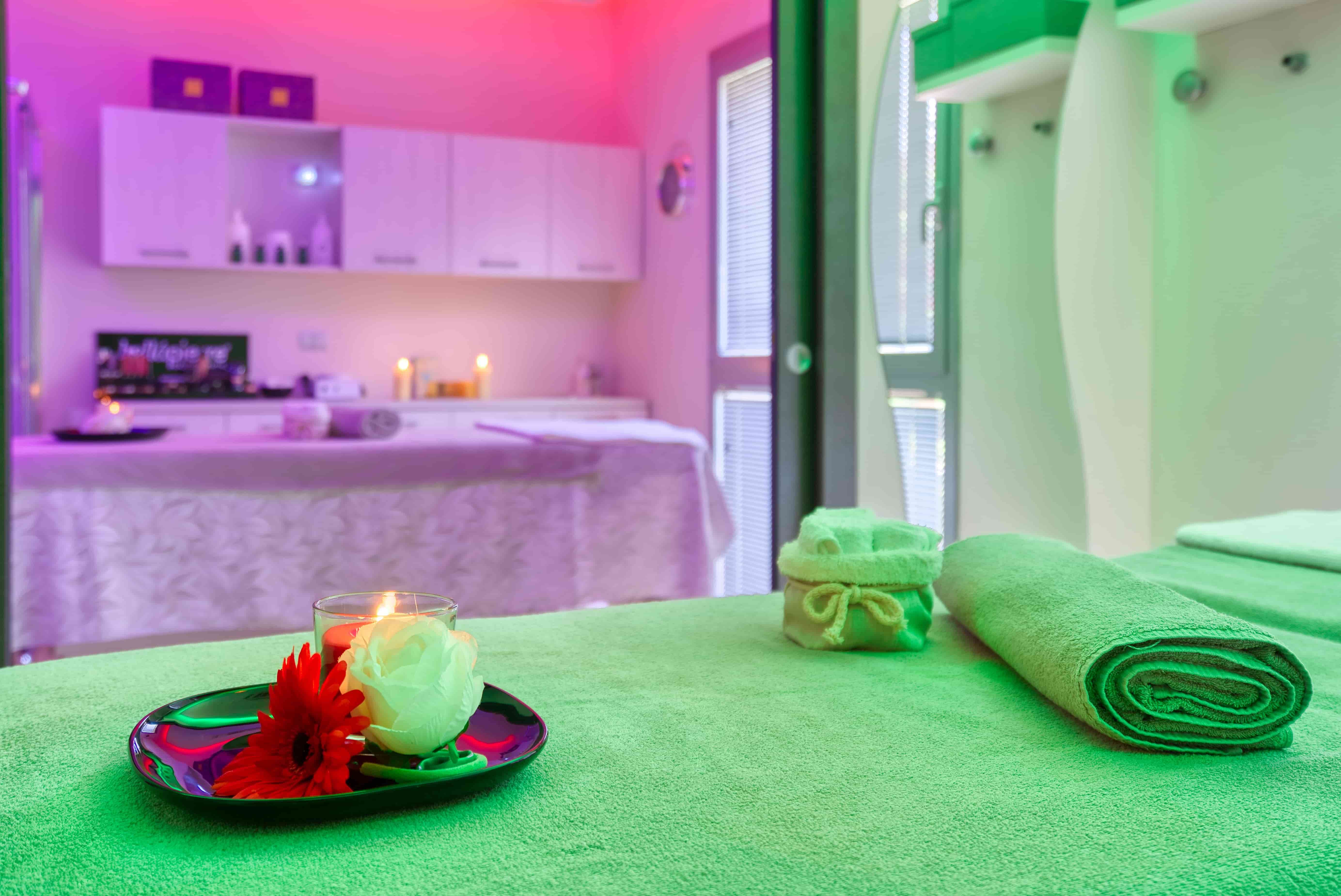 These are the four pillars of the philosophy of 'Hotel Bramante. The care and comfort of a space inspired by the beauty; the territory that speaks through all the rooms of the hotel; very important he bike equipment, because sport is life, ours and yours! We must mention the wonderful Kale SPA, that embraces and excites you..
Subscribe to the newsletter

Do you have a request?

Surprising details, pleasantness that surrounds you: the hotel Bramante and SPA is your boutique hotel in Urbania, in the heart of Montefeltro Area.